WHY BUY A NATURAL DEODORANT?

Why buy a natural deodorant?

Using a natural deodorant in a nutshell is better for you and better for the environment!

Many off-the-shelf deodorants and antiperspirants contain controversial chemicals that stay on your skin long after you shower. Aluminium, triclosan, phthalates, parabens, propylene glycol and formaldehyde are absorbed into your bloodstream and, although you may not be able to detect them, they are there.

Traditional antiperspirants work by blocking sweat, they do this by entering through the pores and swelling up in the gland to form a barrier. If the sweat can’t escape, the bacteria can’t get to it. In order to create this pore blocking effect antiperspirants use aluminium compounds such as aluminium chloride, aluminium chlorohydrate and aluminium zirconium chlorohydrate complexes. These metals block the sweat glands and prevent a perfectly natural process from taking place. You know those disgusting yellow arm pit stains on clothes that we blame on sweat? It’s actually the chemicals in antiperspirants.

Why should I avoid parabens in a deodorant?

Parabens (butylparaben, ethylparaben, isobutylparaben, methylparaben, and propylparaben) are widely used as preservatives in deodorants and antiperspirants. Parabens mimic estrogen in the body and have been found inside breast cancer tumours. They also disrupt the endocrine system. Although the link to breast cancer isn’t proven, we like to take the route of caution with this one and believe that further research in this field is necessary before spraying it onto our bodies daily.

Why should I avoid aluminium in is a deodorant?

Aluminium is in pretty much all deodorants and is absorbed when applied to the skin. Studies show that six times more aluminium is absorbed into the bloodstream after shaving due to the razor blade causing tiny micro cuts.
Aluminium accumulates in your kidneys, brain, lungs, liver and thyroid.
Lifetime over-exposure to aluminium has also been linked to neurological diseases, including Alzheimer’s disease and Parkinson’s disease.

Recently, aluminium has been measured in human breast tissue, breast cysts and nipple fluid. In nipple fluids, levels of aluminium were higher in women with breast cancer than those without.
Breast Cancer UK supports a ban on the use of aluminium compounds in under-arm products. Their report concluded that, based on current knowledge, aluminium in deodorant is NOT SAFE.

One study in the Journal of Alzheimer’s Disease found that the use of aluminium-based antiperspirants increased the risk of developing Alzheimer’s later in life by 60 percent. Add to that a 2009 study from the University of Reading, U.K., that found a correlation between “the increase in cancers of the outside upper quadrant of the breast with the increase in the use of chemical cosmetics, including antiperspirant”

Hopefully now you have a better understanding of why you should buy a natural deodorant. Instead of buying a synthetically produced deodorant or antiperspirant.

Start your days the natural way! 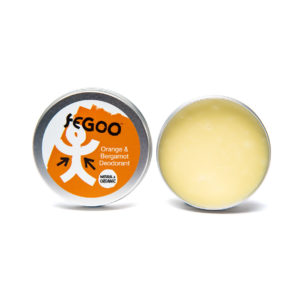 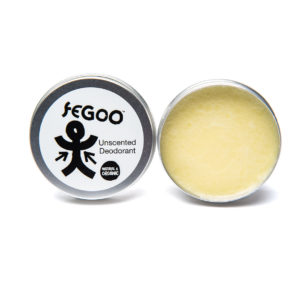 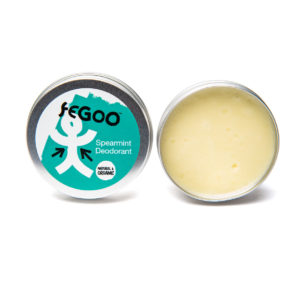